Both payment methods have pros and cons, depending on how and where you shop 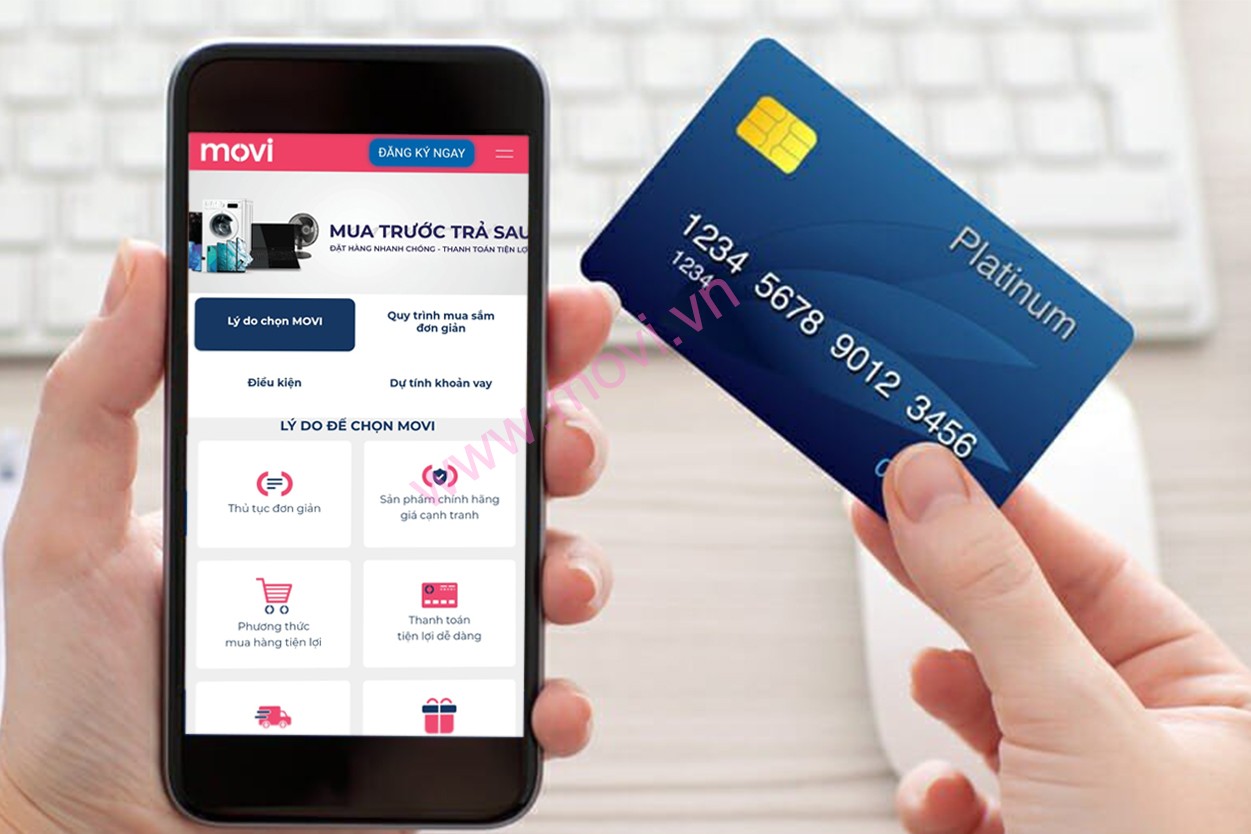 What Is Buy Now, Pay Later?

Buy now, pay later is a type of short-term financing. These point-of-sale installment loans are offered by a number of companies, including Movi

BNPL can be used at a variety of major retailers, which differ from plan to plan. Some credit card companies, also offer installment payment arrangements for eligible cardholders. Each buy now, pay later plan is unique to its provider, but generally they share a few things in common.

For example, BNPL loans typically require an upfront deposit payment representing a portion, such as 25%, of the purchase amount. After that, the remaining balance must be paid off in installments over a period of a few weeks or a few months. Some BNPL services set the total number of payments at four, while others allow borrowers to select their own payment schedule.2

In terms of cost, buy now, pay later plans often charge no interest and no fees, with the exception of late fees for missed payments.

Just over half, 51%, of Americans used a buy now, pay later service at least once during the coronavirus pandemic. Among the most commonly purchased items were clothing, furniture, appliances, electronics, housewares, and cosmetics.

Like buy now, pay later loans, credit cards can be used at retailers. But they can also be used to buy gasoline, make utility bill payments, and for other kinds of expenses. If the cardholder pays their balance in full each month, they won't owe any interest. Otherwise, their balance will accrue interest at the card's annual percentage rate (APR).

Buy Now, Pay Later vs. Credit Cards: Which Is Better?

Buy now, pay later plans and credit cards are both options to consider when making purchases online or in stores. But each has some advantages and disadvantages.

How to Choose a Buy Now, Pay Later Plan 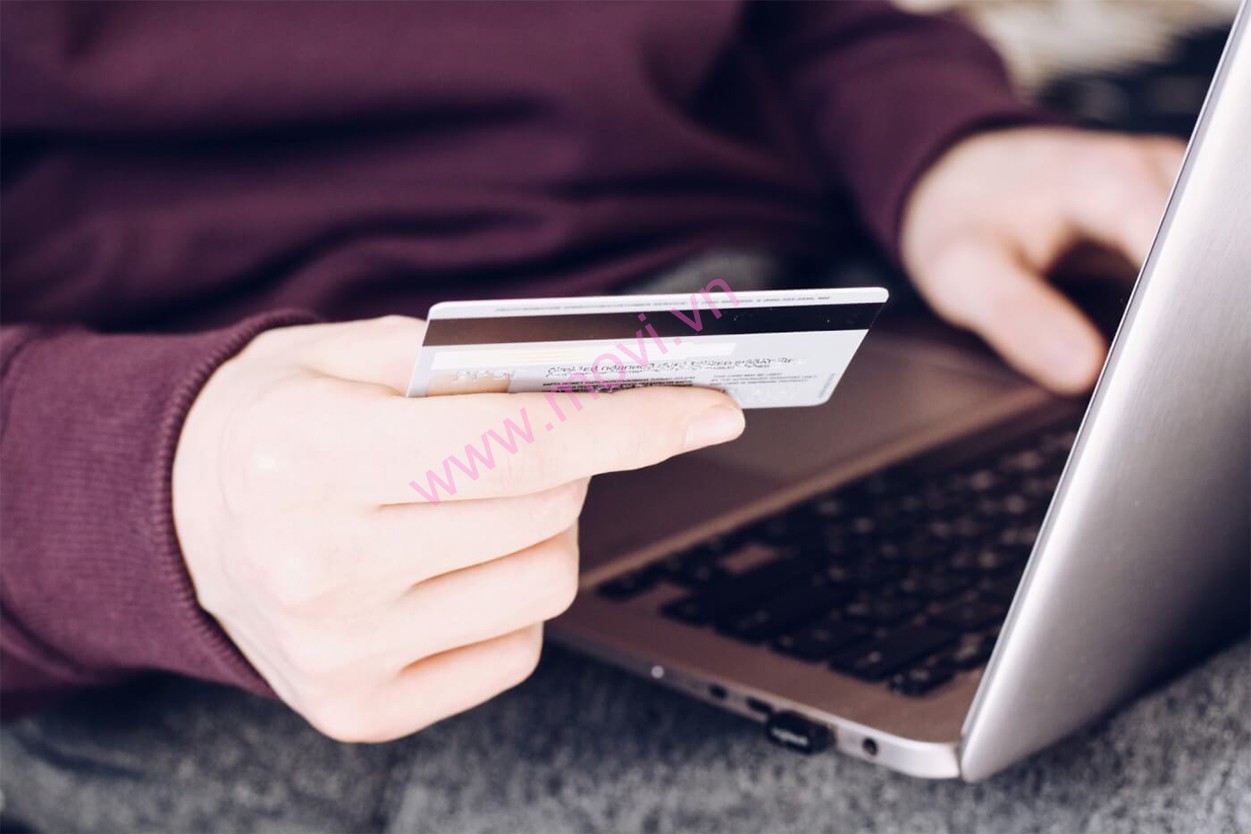 Also, consider how a buy now, pay later agreement might affect your credit. While many BNPL companies only perform a soft credit check to approve shoppers for loans, your credit score could still suffer if you're late in making a payment and the company reports it to a credit bureau.

Buy now, pay later plans can make it easier to buy things online or in stores and pay them off relatively quickly, often without incurring interest charges. These point-of-sale installment loans might be especially appropriate for people who've had trouble getting approved for a traditional credit card, either due to a low credit score or an insufficient credit history. Like credit cards, BNPL loans have to be repaid on a timely basis to avoid potential credit score damage. And it's still helpful to have at least one credit card to use in situations where buy now, pay later doesn't apply. For instance, you may need a credit card to book flights or rent a car. Finally, if credit card rewards programs are appealing to you, you may want to check out Investopedia's regularly updated list of the best rewards credit cards.

Finally, customers who buy ins installments please refer to register here, or you can see the Catalog of products that Movi is directly linking to the lowest price compared to the market. 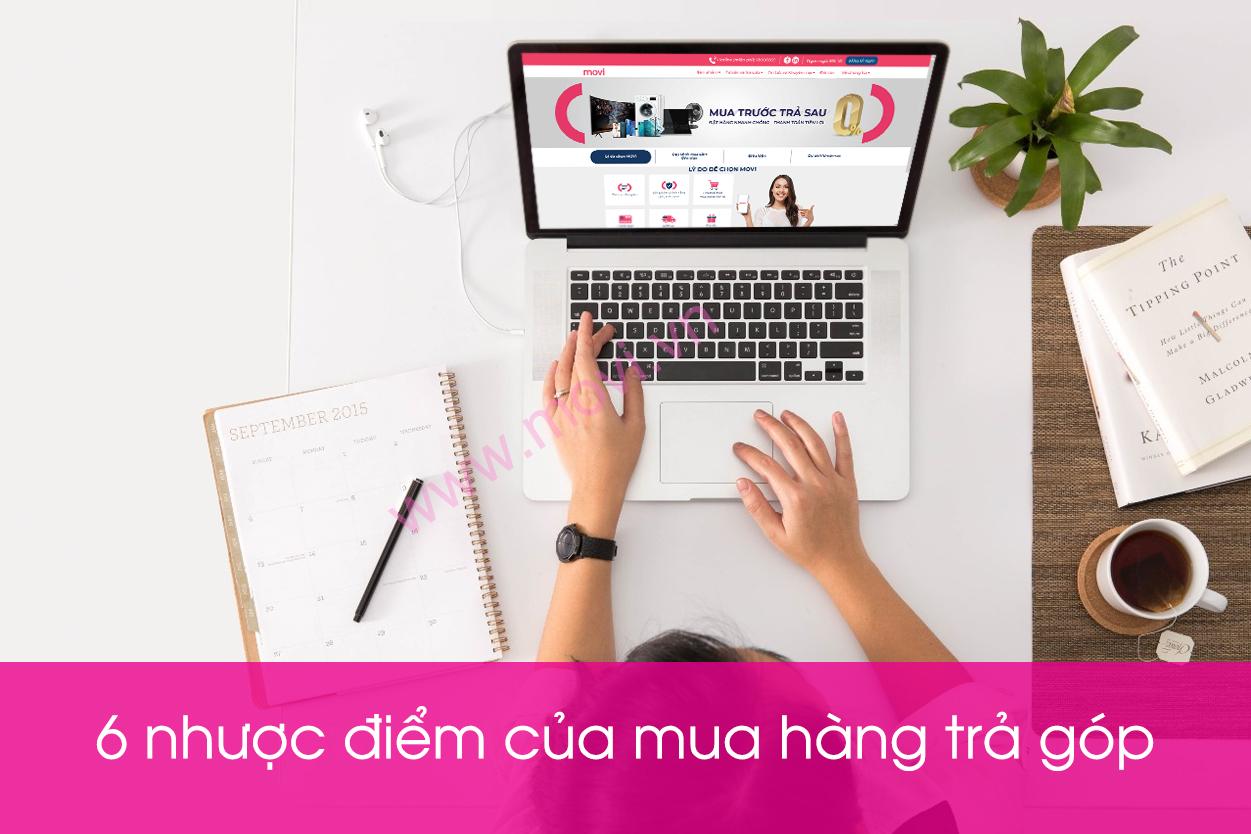 6 disadvantages of buying in installments 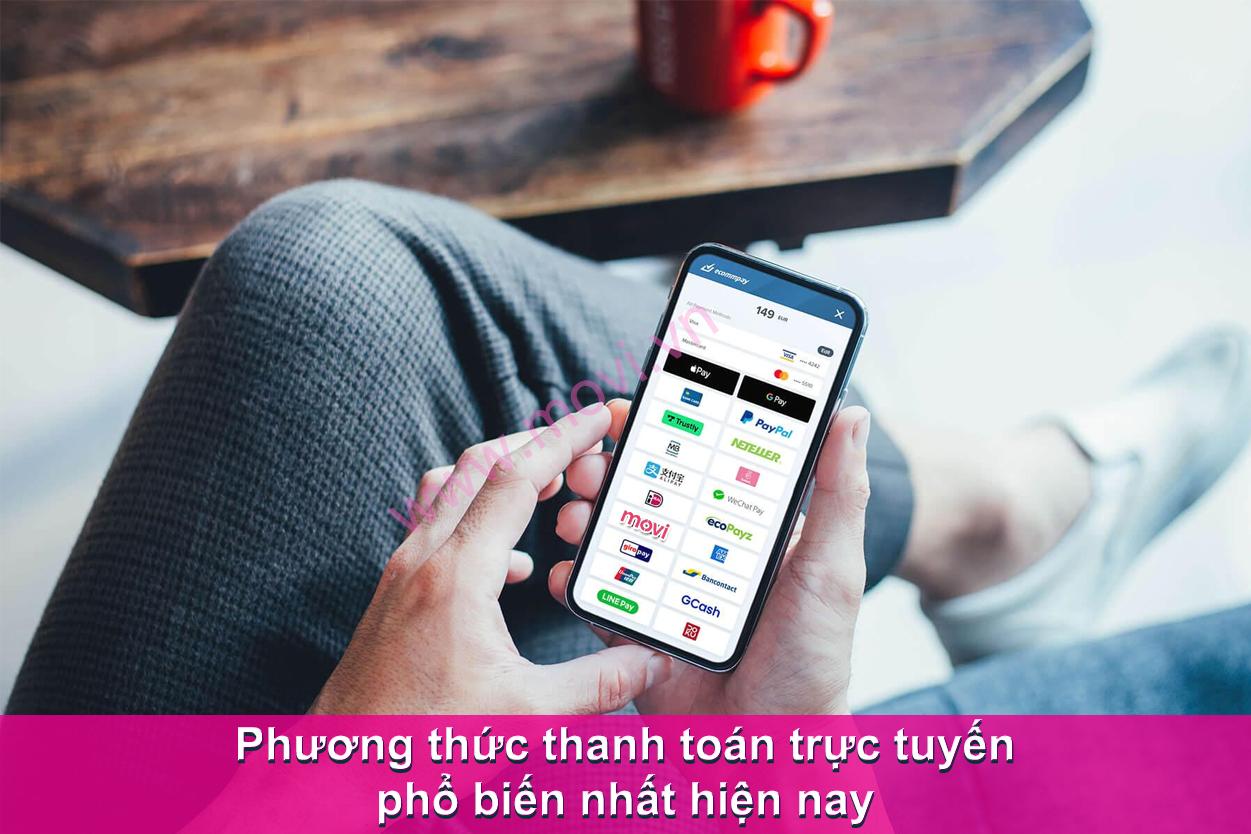 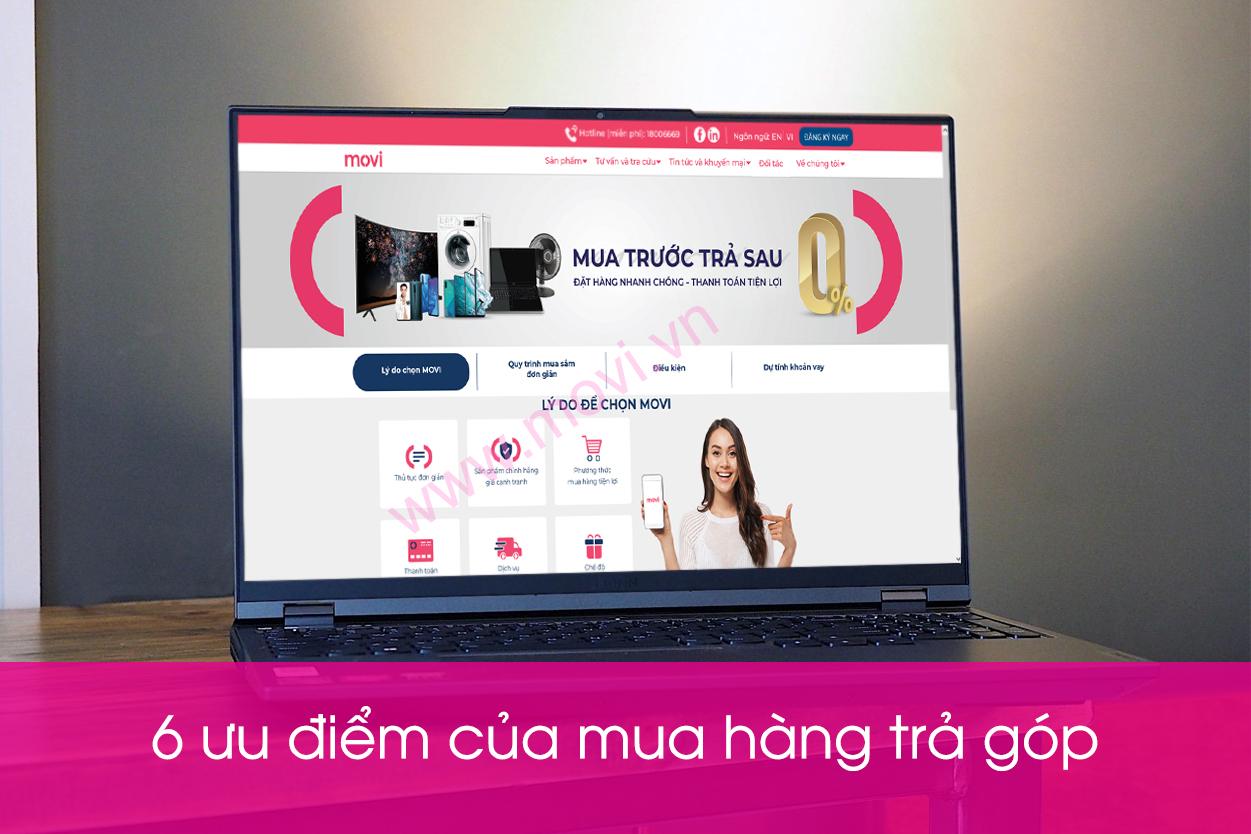 6 advantages of buying in installments today

The 6 advantages of installment purchases today can give you more confidence the option of... 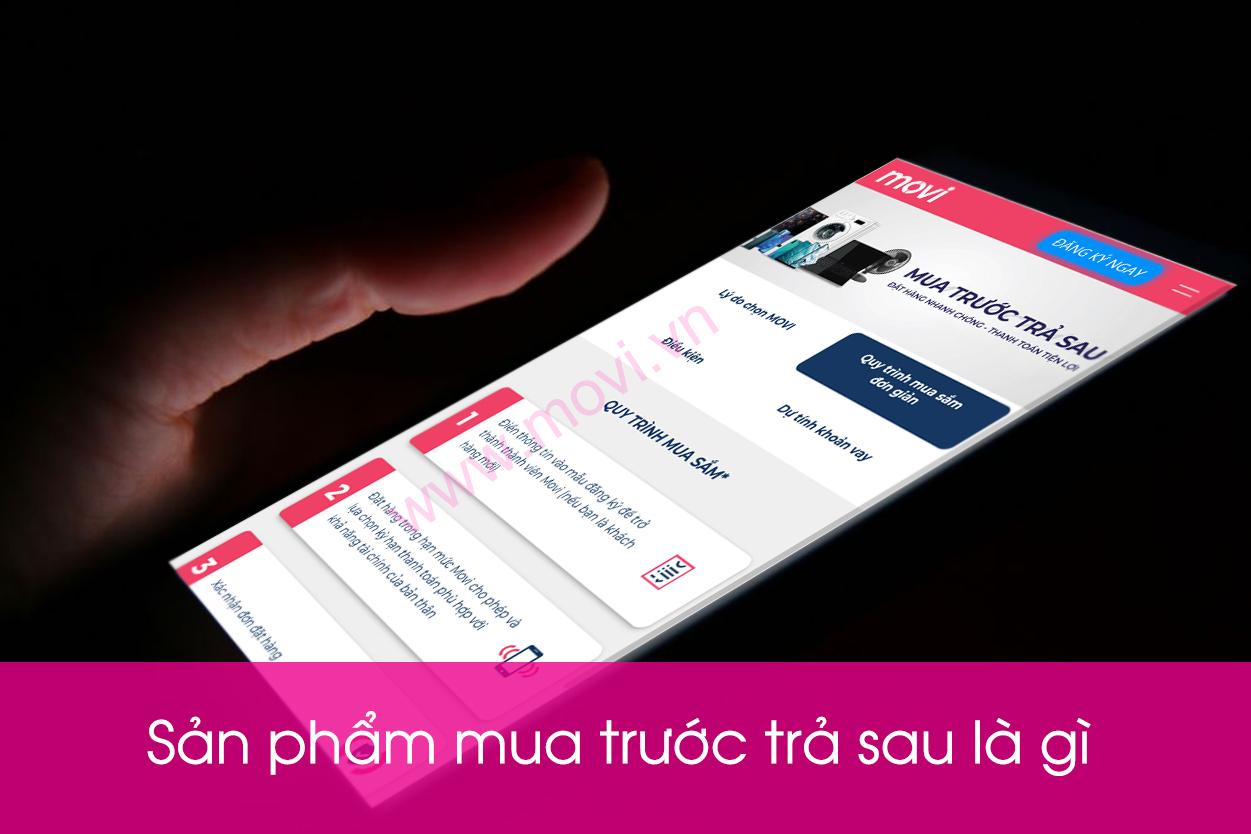 Products buy now pay later are agreements for you to buy goods in the form of interest-fre... 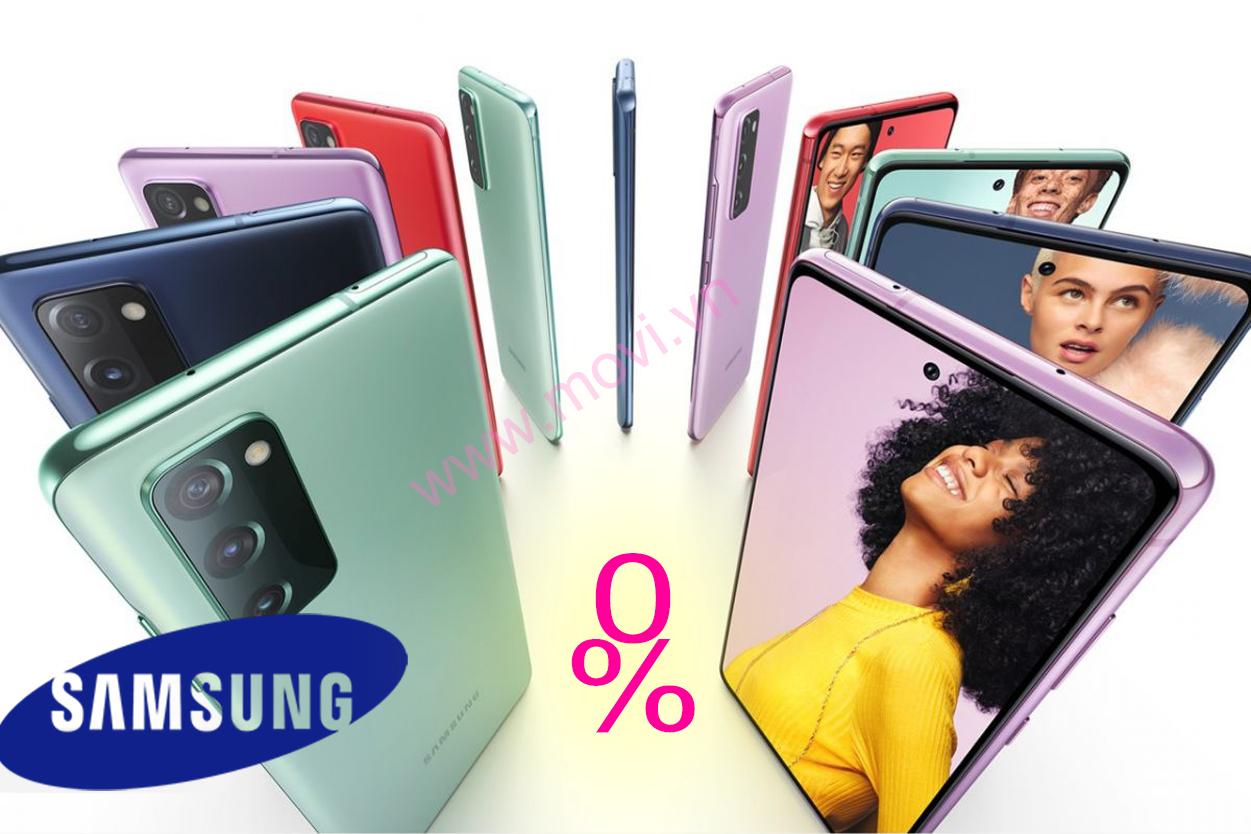 Buying a Samsung phone on installment has never been so easy and convenient at Movi, we su...

The frequency of online shopping of Vietnamese peo...

The frequency of online shopping of Vietnamese consumers is ranked first in Southeast Asia...